Bahia Asset operations started in 2000, through an incremental production contract signed with Petrobras.

In the first 24 months, an increase of around 120% in production was observed in such fields, mainly due to the work to return to the production of temporarily abandoned wells and optimization of the production flow infrastructure.

In the following years, we acquired another 5 concessions, operated by the subsidiary Recôncavo E&P, and we dedicated ourselves intensively to the development of water injection projects for secondary recovery and the drilling of wells for the densification of mesh.

Currently, about 40% of the fields ‘production, comes from wells drilled about 50 years after the fields’ production started.

In two decades, we have already produced more than three times the volume of reserves that were initially certified and there are still more than 20 million barrels of oil equivalent in proven reserves in the Bahia Asset only. 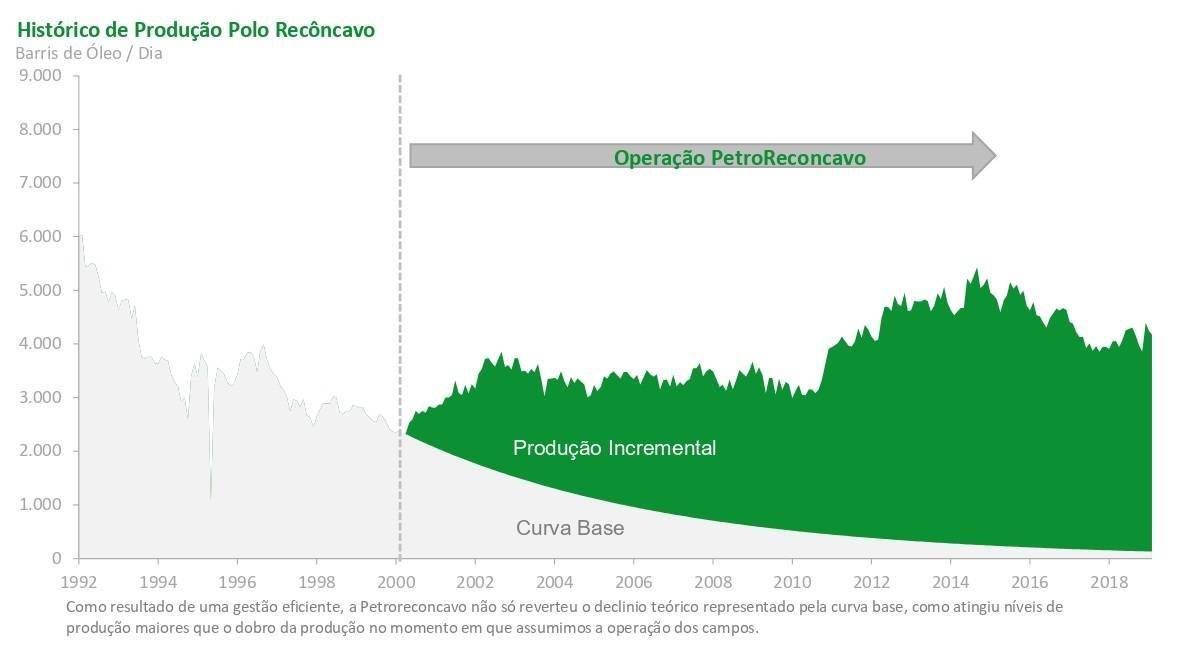 Select one of the activity regions

BOE - Barrels of Equivalent Oil, Aggregates the production of oil and natural gas